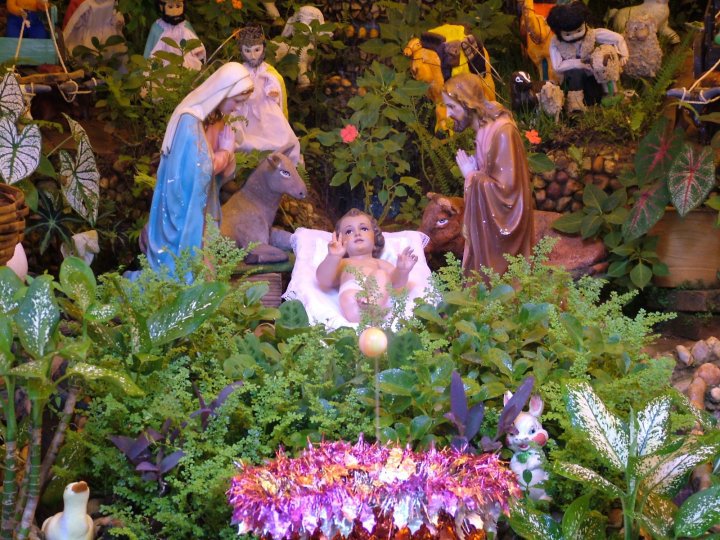 And the Word became flesh and dwelt among us, and we have seen his glory, glory as of the only Son from the Father, full of grace and truth.
(John 1:14 ESV)

I would like to wish you a Merry Christmas and a Happy New Year.

For this writer, this time of the year was very challenging but also filled with hope and joy.

We had a nice Christmas Eve dinner at my mom’s place. There, we shared with my two sisters, my brother-in-law, and our nieces. When midnight arrived, we exchanged gifts and embraces; and it was a good time. On Christmas Day, we had a Christmas noon dinner at my mother-in-law’s home. There, and given the fact that the in-laws are a huge bunch of people, the dinner was noisy, but joyful and rather pleasant.

This time of the year was special for the inlaws since one of my sisters-in-law came from Spain. She is a direct descendant from a line of Spanish nobility, and she has an advanced degree on statistics and mathematics; but current economic conditions in Paraguay forced her to go to Spain, where she works now as a housemaid. (And, she told us, she’s doing fine.) To take advantage of her presence, we took her and her mother to the small town of Piribebuy, where we spent some days resting. We returned to Asunción the day before New Year’s Eve.

For the New Year’s Eve dinner, we went to my in-laws’ place. We had a great dinner; and my mother in law is a fantastic cook! We exchanged hugs and greetings at midnight among the noise and blasts of fireworks; at a time they were too loud, and almost deafening. Usually, at that time, a lot of people choose to go to several New Year’s parties, where they dance till dawn and even later. We chose to go to bed; we were simply too tired for even thinking of going to a party.

Mom told us that she would be gone to the country for the day, so we had the day to ourselves. I woke up at a time that is so embarrasingly late that I won’t mention it; however, it was way earlier than the rise-up time of most people, and I was able to enjoy a rare blessing: silence. Yes, it was quiet, really quiet; so much that I was able to put a chair under the shadow of a tree in my front lawn, and sit down and get some reading done while sipping a delicious tereré.

I hope you also had a great holiday time. May the Lord bless you all, and grant you an excellent year 2011, full of faith, hope, and love; peace and enduring joy.