This article in The Atlantic definitely struck a chord here.

This morning I was checking Twitter and I found in my timeline a gross, gruesome image. I won’t bother you with the details. I’m still reeling trying to “unsee” that stuff.

It turns out that a user which I follow retweet a link from a newspaper article which in turn featured such image. The link card generated by Twitter happily featured that awful picture.

As a matter of policy, in Twitter I unfollow any user who tweets or retweets any image with gore or graphic violence. I also want to report the posts, and there is the problem. 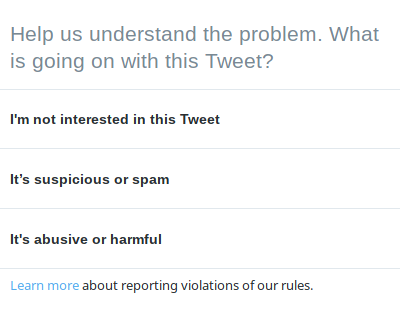 No “graphic violence” to be seen.

If I choose “It’s abusive or harmful”, this is what I get: 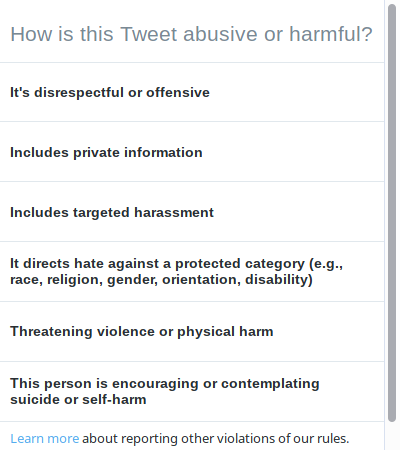 Still nothing about graphic violence. Of course, there is no option at all to blur the image.

Twitter is doing an awful job indeed. They need to seriously improve in this area.